The territory as a glocal factory

On the wave of an epochal change that sees the world becoming smaller, and therefore opportunities and threats becoming closer, two key words are implied everywhere: innovation and system. To this by now consolidated core, one can add (in 2008, in a blatantly obvious way) the awareness of the necessity to rediscover “values”, not in a moral sense but as competitive factors for national and regional systems and for businesses. These three key words are the fundamentals on which we have built the Cubes in Motion project.
Innovation: here is where creativity comes in, but creativity alone is not enough. An “implicit” and operative contact type of creativity occurs with reality. So we have highlighted a creativity par excellence and that is the artist, we have added to that the discipline that at Cittadellarte we call “creative responsibility” and we have placed that in front of the entrepreneur and the artisan, both carriers of the heritage of knowledge without which innovation and creativity could not have been able to get things right.
Values: we know from history and chronicles that competition on cost is no longer practical for an advanced economy like Europe. We know also that it is simply no longer sustainable, because it represents the other face of a development model based on the idea of a planet in which one can drain environmental costs without worrying about consequences. We share a global and local awareness: “more ecological, more economical”. The competitive factors for success in glocal economics are today even more evidently tied to the values that are incorporated in the product.
System: globalisation, the stimulus for delocalisation and the concurrence on the domestic markets of products created in economies from costs of an incomparably inferior production,
facilitates the formation of “new players” who identify with territorial agglomeration capacities, that is to work the system. The old industrial district that has contributed to the success of Made in Italy is renewed, and where it is able to be efficient, it represents an international scene enriched by a competitive potential, which newly guarantees it diffused dynamic advantages. The factors that today are put into play in this chessboard are no longer prevalently tied to the making, but to the being. The territory that is the product, that knows how to operate and present itself on the competitive global scene, is looking for the frame. It attracts the potential of the imaginary and the symbolic and it capitalises on this.
The principal condition for competition in this scenario is the capacity of a territory to be produced. What does this phrase mean today?
You can respond to this question with a simple concept: quality of life. A territory able to express in itself a high quality of life builds (further than directly enjoying itself) its own competitive capital. This capital becomes values that the production and distribution
processes incorporate into the product. The consumer becomes activator: choose with the consumer’s own choice of consumption, a system of values that satisfies them and that pays a price that often can also form a premium price.
The project Cubes in Motion works in this scenario, articulating the three variable keys to a path that becomes a productive process. The products of the artisans, conceived by artists and corresponding to the products, in themselves constitute a new productive typology, a new “product” that the territory, like a factory, launches onto the global market, charging it with an enormous symbolic and representative potential. That is why the cubes become ambassadors. Their beauty, their ideal ambition, their abundance of cross references and stories, their connection to the sensitive issues that face the global consumer, their capacity to make themselves concrete and to inspire ideas and emotions, they speak of a quality of life that should belong to the territory that generated them.
In this instinctive awareness, in this need to correspond, the project wagers its greatest gamble. It’s now up to the territory that generated them to respond. Cittadellarte, with the Production Office, which, led by an Industrial Designer of note like Armona Pistoletto, has realised the project, developing knowledge and experiences that have already been invited to engage in other contexts. We are aware of how the project represents an experimental process, but also the fact that we are creating prototypes and models that, at the European Commission, as in our own Piedmont, are becoming regarded as best practices.
The project is not enough, in fact an even more clear and defined road map to follow is: territorial communication and marketing are not enough, determination to invest in the rich seam of cultural material is not enough, nor is the predisposition of efficient instruments for promotion of products: it is necessary to understand and know how to valuate the language and the institutions of art, maintaining the competence and the vision to guide creative liberty towards the pro-active implication and the concrete request of the project. It is necessary to generate a creative laboratory in which to make emerge the identity of the territory and to express the economic, symbolic and cultural potential. It is necessary to know how to valorise the quality of excellence and the heritage gained from the product and crafts, but also to be able to represent to the economy, the reasons and the intuitions that creativity gathers, primarily in more profound way than professionals from other disciplines.
Last but not least, a profound vision is needed that knows how to guide everyday practice and that knows how to inform the long-term vision and therefore the future; the future of the local territory and the global territory in which we live. As citizens. As administrators. As entrepreneurs. As artisans and as artists. In short, as potential producers of quality of life. 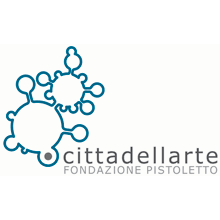